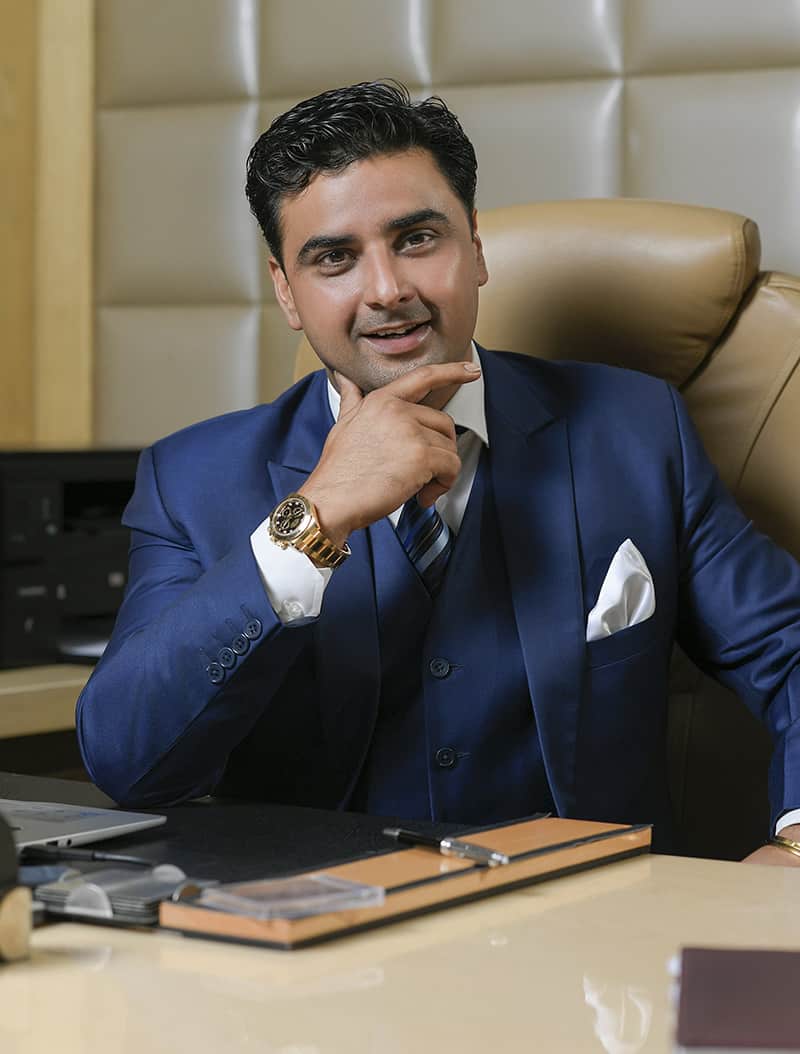 He is an Alumni of the most Prestigious Indian Military Academy, Dehradun. He has done Young Officers Course at Mhow and Commando Course in Belgaum and achieved Instructor Gradings in courses.

He has participated in various Indian Army operations, Op Vijay (Kargil), Op Parakaram to name a few. He has served with United Nations in Lebanon as part of Peace Keeping Forces from 2002-2003. A Graduate (Economics Hons) from Hindu College, University of Delhi and completed his schooling from The Birla School Pilani (Batch 1997).

He is an Avid Golfer and Sports Enthusiast and is holding the position of Vice President, Haryana Archery Association. He is the patron of Chhattisgarh Pradesh Fencing Association.

All Schools of Venkateshwar Group of Schools are selected among the top 100 Schools of country in year 2022 and among best 03 in own states.

Capt. Ankur Dhillon is the only Indian ever invited by The House of Lords, British Parliament to deliver a speech on Education on 28 Oct 2022. Along with this he is been called by Royal British Army Head Quarters, London to be honored with an award for his distinguished services in Oct 2022.

He is being recently felicitated by the Honorary Doctorate in the Field of Education by the University of Theophany, United States of America. “

The Military Chronicles “– A book written by Col Harshwardhan Pandey is inspired by the true story of Capt. (Dr.) Ankur Dhillon which very soon will be released on NETFLIX as Web Series.

His Motto – “UTMOST PERFECTION IS THE ONLY KEY TO SUCCESS”